“Play is not a luxury but rather a crucial dynamic of healthy physical, intellectual, and social-emotional development at all age levels.”

I have definitely fallen out of the habit of writing after our long hiatus this Summer (our site was closed due to construction). I feel rusty. And busy. And stretched in a different way than before. My son is now here with me, adjusting to being at school for the very first time. And my daughter has officially started first grade. I have never spun this many plates at once, and they are all still in the air…for now! I have taken the first couple weeks to help my son settle into the new routine, and support him as he is building more confidence in saying goodbye. My mind (and heart) have been a bit distracted to be honest. Which is why I was elated to find an old piece of writing I did when I was teaching in our older classroom that I had forgotten about. I’ve decided to share it here because I feel it’s as relevant as the day I wrote it a few years ago.

Enjoy, and as always, feel free to comment below. I love your feedback! 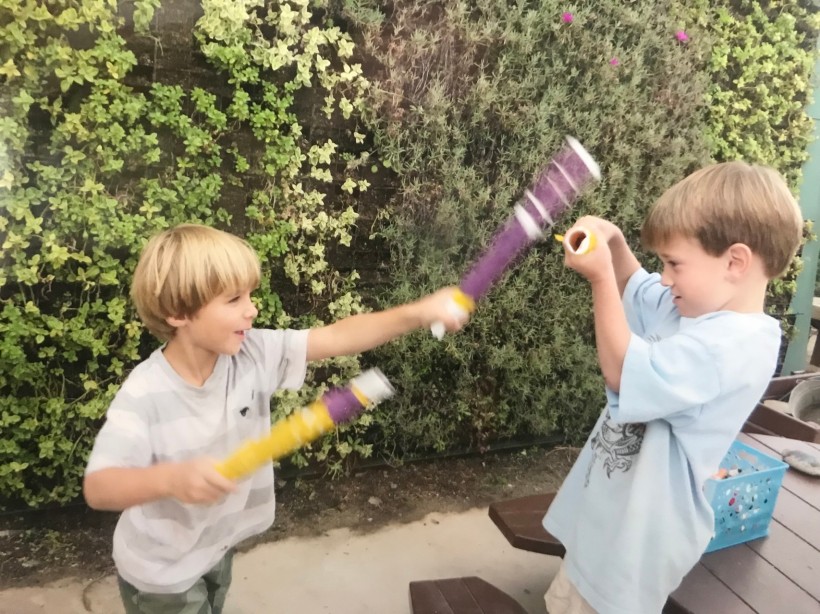 When I arrived at work a couple weeks ago, I came out to the yard to find a structure built by a group of children that resembled a floor plan. The big blocks were laid out low and wide, creating an enclosed space that could easily fit 15 kids. As I approached they asked me to save what they had built because they needed to leave briefly. I agreed to keep it safe and sat there until they returned a few minutes later. When they came back they climbed in, quickly resumed playing, started assigning roles to each other, all while negotiating and sharing their ideas with great enthusiasm. I stayed near observing and listening when I noticed themes emerging that might call for limits, so I moved a little closer. They had paper swords and tubes and began swinging them and “fighting.” I felt unsure about it, but it continued to play out purposefully and respectfully, and it remained relevant to the game they had created. They mostly stayed in character, only breaking to work out small points like where they were standing, or to negate each other and shout things like “NO! I don’t say that!” All while swinging their swords at each other and occasionally bumping them together.

It felt risky, and slightly uncomfortable to stay close to this play. No matter how many times I’ve been around it, play like this often feels as if it’s about to erupt into chaos and tears (this time it didn’t), or someone will inevitably get hurt (no one did), then it dawned on me…“Do I trust these children?” I was able to answer myself quickly with “Yes. I think I do.” However I wanted to push myself a little further and ask “Do these children FEEL trusted?” This time I think the answer was “Sometimes.”

I noticed the children visually checking in with me while whacking their swords together, as if to say “Is this okay?” I imagine they sensed I was paying close attention to what they were doing, and I wondered how my presence informed their play.

Did they feel hindered?

I might never get the answers to questions like these, but if I dwell in inquiry and thoughtful observation I might gain a better understanding of the children and the story they are telling. That is, after all, my job. I know I could’ve immediately shut down their play the moment the first contact happened, I imagine that is what happens in most schools. I think children are very attuned to adults’ discomfort with their words and actions. I think they sense the power they have when they see us squirm whenever their play gets a little rough, or when they use words like (or even wield) “weapons.” I decided to think about what these children are exploring in their play, and what needs they are trying to meet. 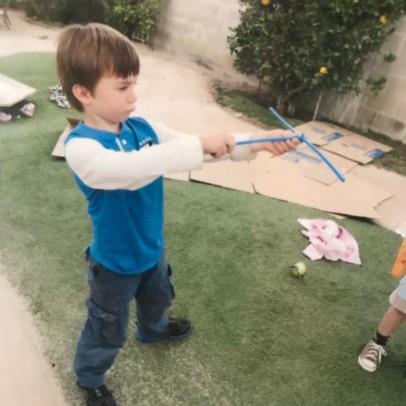 There is a reason this kind of play is so alluring for children. The common thread is always a power struggle.

Who has more power?

Who defeats their opponent?

Of course, a lot of these themes emerge from TV, or from stories they’ve heard, stories that are compelling, dynamic and engaging…full of characters who have superhuman abilities and seemingly limitless potential. Who wouldn’t want to feel that way? I find that often when children are playing these kind of games, they don’t declare a “winner” and a “loser.” They consistently try and one up each other, or outwit each other and move on. Sometimes feelings get hurt, and that’s when teachers get close to facilitate a conversation or clarify the rules of the game before it resumes or changes. But what is the reason for playing this way? Especially when it seems fraught with struggle, discomfort and conflict?

Professor of psychology at Boston College, Peter Gray sums it up perfectly when he says:

“In play…children bring the realities of their world into a fictional context, where it is safe to confront them, to experience them, and to practice ways of dealing with them. Some people fear that violent play creates violent adults, but in reality the opposite is true. How else can they prepare themselves emotionally, intellectually, and physically for reality? Play is nature’s way of teaching children how to solve problems, control their impulses, modulate their emotions, see from other’s perspectives, negotiate differences, and get along with others as equals. There is no substitute for play as a means to learn these skills.” 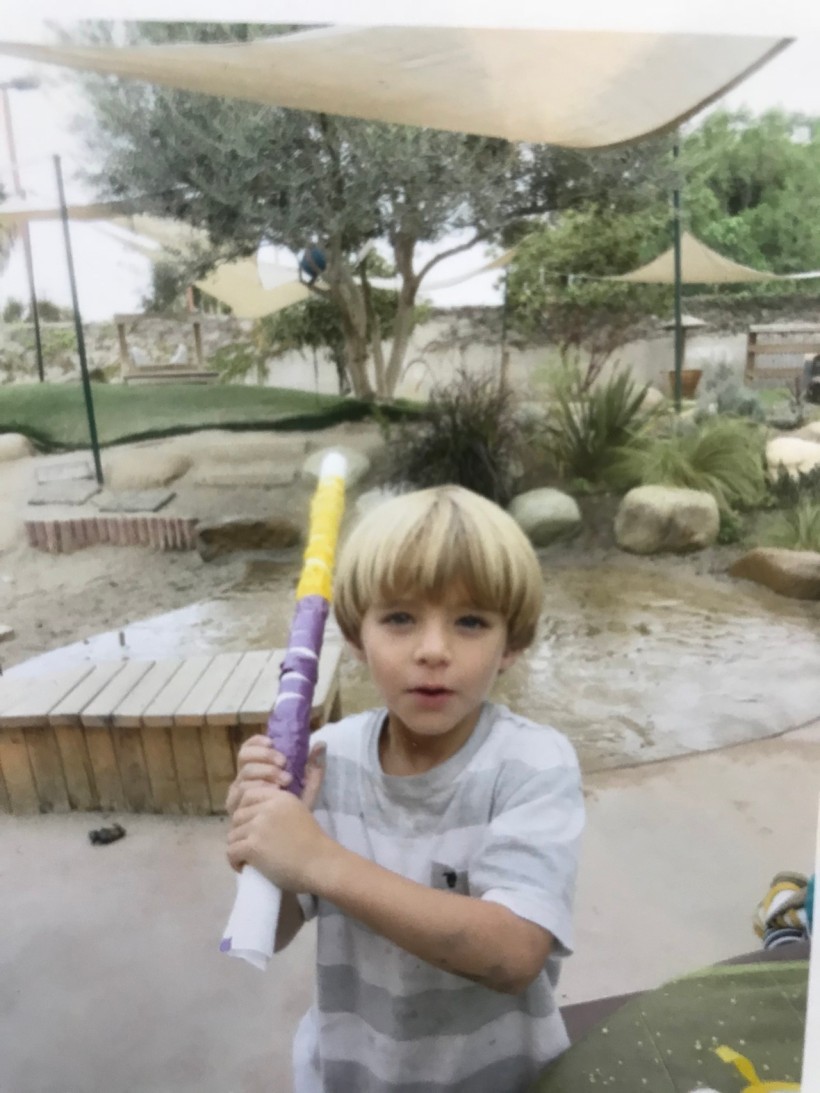 This is why it is so crucial for us to allow children the space and time to play this way. In reality, it is close to impossible to stop them anyway. I remember a story about a mother who was concerned and frustrated by her child’s persistence about playing rough and “shooting” games. Every time she tried to redirect his energy or set limits, he would stop temporarily, but the behavior would crop up again eventually. She decided to take away any toys that he was using to “shoot” with, telling him “Enough! I don’t want you to shoot anymore.” It was later that week at the breakfast table when she noticed him using a banana to “shoot” his little sister that she realized how futile her effort had been. She decided to look at things through the lens of his needs and trust his process of working things out. She continued talking with him about making sure the person he is “shooting” is in agreement about the game. She later admitted how beneficial this decision was to her relationship with him. The less they struggled and the more they talked, the closer they got.

Our role in their play is to step back, be observant and trust their stories. We can provide guidance about safety or conflict, but we must allow them to feel their power…and fly!